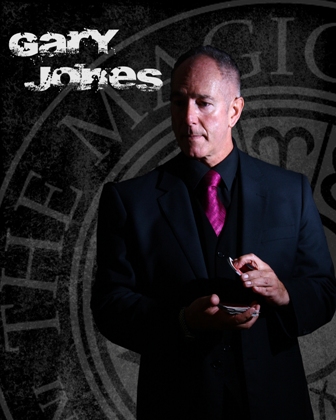 Gary has been awarded “Close-Up performer of the Year” at the Devon Magic Circle for seven consecutive years and has won the title a total of eleven times. Gary has

Gary has been awarded “Close-Up performer of the Year” at the Devon Magic Circle for seven consecutive years and has won the title a total of eleven times. Gary has also appeared on BBC1, Channel 5, Sky One, Gemini Radio & BBC Radio Devon and Channel 4’s The Graham Norton Show. Once seen never forgotten, Gary’s magic will astound, baffle and above all, entertain.

Gary’s endless sense of humour ensures his presence transforms any event into an unforgettable experience. His unique ability to create rapport with any audience results in his performance being talked about long after the show is over. Gary is able to borrow your coins, rings or your own cards and perform truly bewildering magic right in front of your eyes; then just as you catch your breath you realise he’s wearing your watch! A truly memorable entertainer, Gary has to be seen to be believed.

Gary Jones Magic is currently in his 10th year performing at the very luxurious Thurlestone Hotel near the glorious Devon coastal town of Salcombe.

Gary Jones was booked to entertain celebrities including Jonathan Ross, Amanda Holden, Penny Lancaster, Alistair Stewart, Nigel Havers and Roger Daltrey at the Variety Club in Central London. Mike Hazsko, the Variety Club organiser, said, “We were all very impressed by the quality of the magic performances, and many of the celebrities also commented on how much fun they had being entertained with such great magic.”